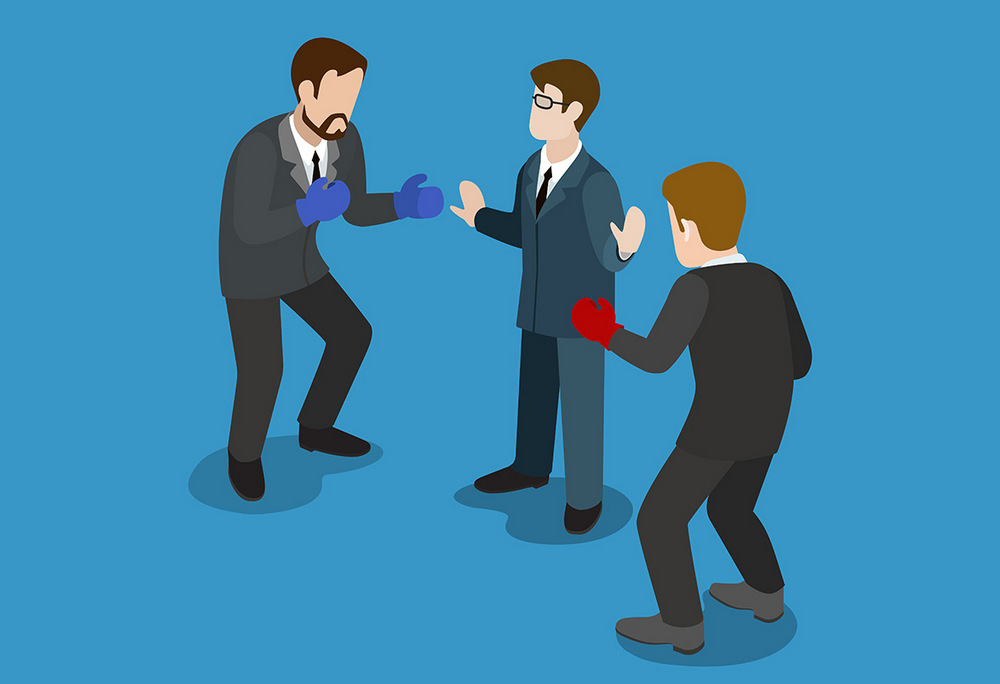 Who is a mediator and what is he responsible for?

Various conflicts often develop into litigation. The conflicting parties do not want to solve the problem through negotiations. And the reason is that each of them believes that she is right. In such cases, it is optimal to “resolve” mediation will help. What is this new phenomenon? When exactly is it applied? What are the main features of mediation? All these questions are answered in the proposed article.

Mediation – This is a way to resolve a dispute with the participation of an intermediary (mediator) through negotiations. Mediation – the best way to resolve many conflicts, especially those in which it is necessary to maintain a good reputation and previous relationships. 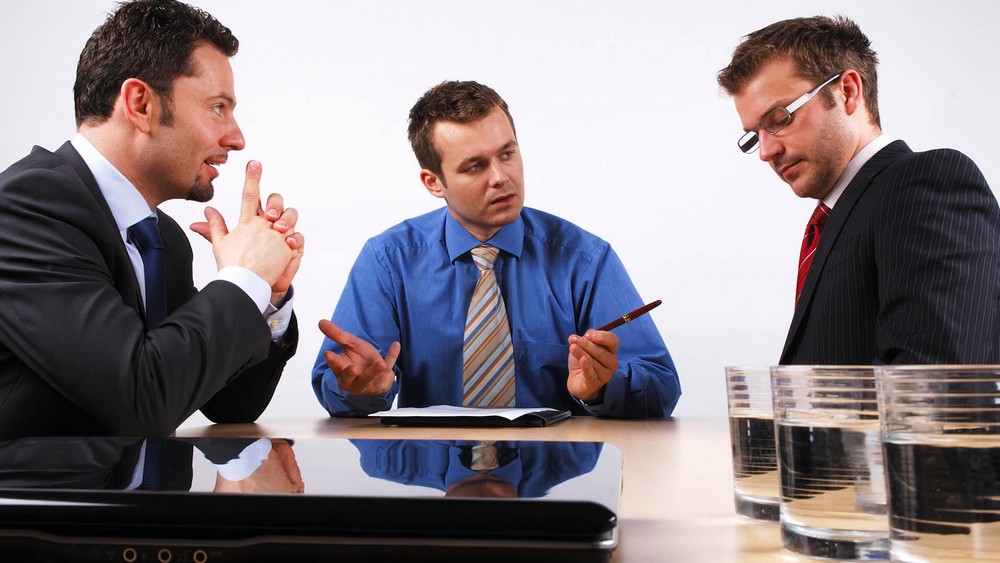 Plectrum – who is he?

Plectrum – an unbiased and independent specialist whose task – to help the conflicting (disputing) parties in resolving the conflict (dispute). It is he who organizes the mediation and conducts it. An important feature of mediation is that:

The tasks of the mediator

– analyze the conflict, identify the interests and needs of its parties;

– work with the emotions of customers, establish constructive feedback;

– check the feasibility of the requirements and the ability to fulfill the agreements;

– help the parties to the conflict (dispute) take responsibility for the solution.

The mediator, as mentioned above, – unbiased and independent third party. His goal – contribute to conflict resolution. In this regard, the mediator helps to analyze the situation, identify conflicting positions in the views of the parties, at the same time find common interests and understand what details are important for each of the parties. As a result of the work, identify common ground on which a mutually beneficial solution can be formed. The mediator focuses not on the legal nuances of resolving the dispute, but on the interests of the parties and ways to satisfy them.

Once again, we focus on the fact that the functions of the mediator do not include the formation or proposal to the parties of the solution itself (methods for resolving the dispute). Its function is to establish a communication process, to inspire mutual trust, that is, to create a trusting and creative atmosphere for the parties.

After the parties have worked out a preliminary solution themselves, the mediator should help them determine the criteria according to which they will evaluate different options in order to form an already optimal solution. And after the parties to the conflict settle on a mutually satisfying solution, the mediator helps them make sure that the chosen solution is realistic. That is, it conducts a so-called crash test and says what further steps the parties will take.

The mediator pays special attention to working with the emotional component of the conflict (dispute). This side is usually not taken into account by judges or arbitrators. They believe that emotions are irrelevant and cannot affect its outcome. But we are sure that broken relationships and unexpressed emotions – it is something that often results from conflict and, once started, feeds it. Lawyers are faced with the practice when the parties, under the influence of negative emotions, try to destroy each other with legal wars during the conflict. And it arose only because they misunderstood each other. This is a state called “together into the abyss”, the name of which speaks eloquently for itself. The mediator helps the parties to restore their previous relationship and establish normal communication between them. This serves as the basis on which it is possible to form realistically achievable interests and work out solutions. If there is no such soil, it will not be possible to erect a solid building of relations. The mediator is sure that if the parties have biased relations, the work with interests will be ineffective, and the – incapable of implementation.

In Ukraine, the status of a mediator has not yet been clearly defined in any legal act. However, it should be noted that a similar situation exists in some other countries – for example, in the Netherlands. Despite the fact that mediation is a fairly demanded service there, it is not legally defined. However, the legislation of Ukraine contains norms that are a good basis for the use of mediation in legal proceedings practice.

One of the priorities of the Council of Europe and the European Union as a whole is to help their states in quick and fair justice, as well as in the development of alternative ways to resolve conflicts and disputes. This assistance is based primarily on the formation of standards, according to which EU members must adapt their own legislation to their legal obligations.

In the Strategy for reforming the judiciary, legal proceedings and related legal institutions for 2015 – 2020, which was approved by the Decree of the President of Ukraine No. 276/2015 dated May 20, 2015, the clause is spelled out: “… expanding the methods of alternative (out-of-court) settlement of disputes, in particular by expanding the list of categories of cases that can be resolved by arbitrators or considered by the courts in summary proceedings; the introduction of effective procedural mechanisms to prevent the consideration of cases in the absence of a dispute between the parties; study of the expediency of introducing magistrates».

The first mention of mediation in the current legislation is contained in Articles 2 and 7 of the Law of Ukraine “On Free Legal Aid”; No. 3460-VI of 06/02/2011. There she is included in the list of legal services.

The Rules of Advocate Ethics of Ukraine also mention mediation. The document states: the actions of a lawyer acting as a mediator must comply with internationally recognized ethical standards of mediation.

Mediation as a new phenomenon in legal practice has contributed to the emergence of a new profession – mediator. For example, a specialist in mediation and conflict resolution in the socio-political sphere has appeared in the Classifier of Professions. We are sure that it would be more expedient at the legislative level to more clearly define the problems of the legal status of mediators. Also, prescribe the legal (professional) grounds for activity, age restrictions (the presence or absence of such). We believe that a mediator can be a person of any profession, but versed in alternative ways of resolving disputes (conflicts). By the way, the presence of professional skills of a psychologist or a lawyer, expert competence in a certain area sometimes even more harm than contribute to mediation. Such professional skills push the mediator to be too active, which makes it difficult for the parties to find a way out on their own. The mediator should work with interests, and not advise using professional experience of the past.

Responsibility of the mediator

The Draft Law “On Mediation” is under development, in this regard, the issue of legal liability remains open.

While there is uncertainty in the legislative field, it is necessary to establish what methods should be used and what should be taken into account in order to develop an effective concept.

First of all, it is necessary to distinguish between different cases of liability: 1) as a measure of influence (influence) on the violator of rules and norms; 2) as a mediation environment, for which the mediator is responsible in the process of preparing and conducting mediation.

We will focus on responsibility as a measure of impact (influence).

We are convinced that the degree of responsibility of the mediator should come from his powers and role in the mediation process. As already mentioned, one of the main factors in the generally accepted facilitative mediation model, now most practiced in Ukraine, is that the mediator does not make or offer solutions, and does not even advise the parties on solutions. However, he must contribute to its effectiveness: is the optimal structure of the process, ensuring its efficiency, maintained; whether work has been done with the emotional environment of the parties; whether progress is taking place at a pace that is comfortable for all participants in the dispute, etc. The result of mediation depends on the quality of these components. In our opinion, the issue of the responsibility of the mediator should be taken precisely in the plane of ensuring the process and observing the main principles of mediation, especially those related to confidentiality. 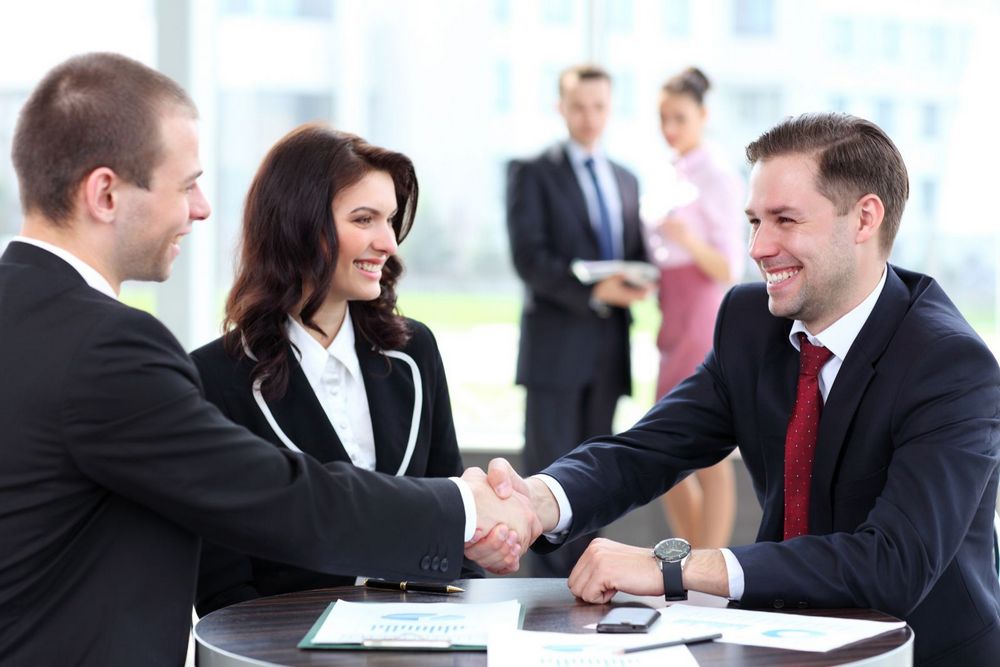 Every person (or legal entity) has the right to choose which method of protection of his own interests is most convenient for him . One of these is mediation. This is an alternative tool to other methods of conflict resolution, which is worth studying and at least once trying to apply in your life or professional activity, if it is related to conflicts and disputes between. And even if there is a conflict between enterprises, you need to know that behind the interests of any company are the interests of individuals – leaders, leaders, managers, owners. By the way, mediation is also gaining popularity in the socio-political environment. For example, in resolving misunderstandings and conflicts between authorities and communities, as well as in protecting consumer rights. Man – man, man – enterprise, enterprise – enterprise, community – power, power – power, which can be represented by some political force. And this is not a complete list of relationships in which conflicts of interest may arise and where mediation can be effectively used.